AIP Home > News > Infrastructure > Retailers not the problem Premier – you are

Today’s media announcement by Premier Annastacia Palaszczuk is inaccurate – particularly the following quote – so we are providing these graphs from the “ACCC Retail Electricity Pricing Inquiry: Preliminary Report 22 September 2017” to demonstrate the truth. It is important that this debate be held around fact, not fiction, as it affects the lives and jobs of so many of us.

“With our fleet of young and efficient coal and gas-fired generators and adding large-scale solar, we’re producing the cheapest and most reliable wholesale electricity in mainland Australia.

“The consumer watchdog is clear – some retailers in the South-East are taking Queenslanders for a ride,” the Premier said.

“A government-owned retailer might put pressure on the existing retailers, but only if it were unfairly subsidised by the government. Better to lower the generator and network charges across the board, allowing all retailers access to cheaper power, rather than creaming-off dividends to be used as unsustainable bribes to win an election.

“One way to reduce power prices would be to allow for construction of a new baseload power station in Queensland.” 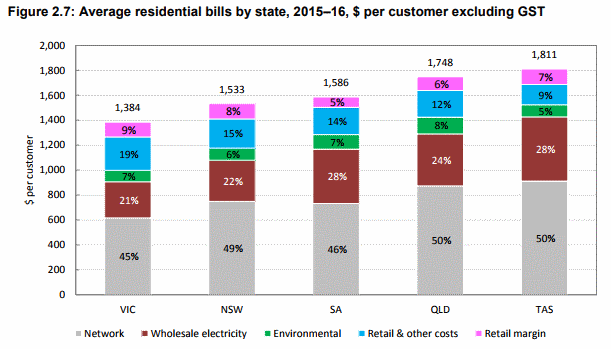 2. For commercial and industrial users it was the highest. 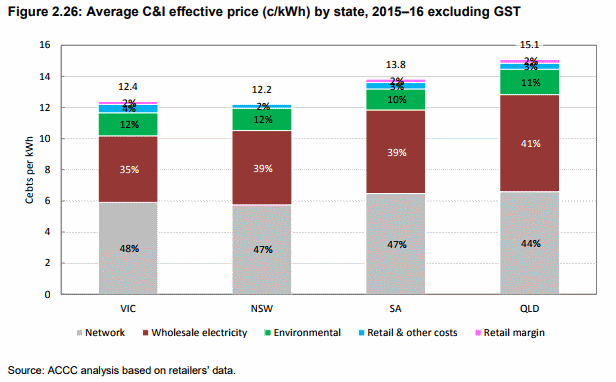 3. The ACCC doesn’t have reliable figures for wholesale power for 2016-17, but here is their estimate.

Note the spike last year which was moderated by government order only in the last three months. The 2017-18 figure is for three months only. 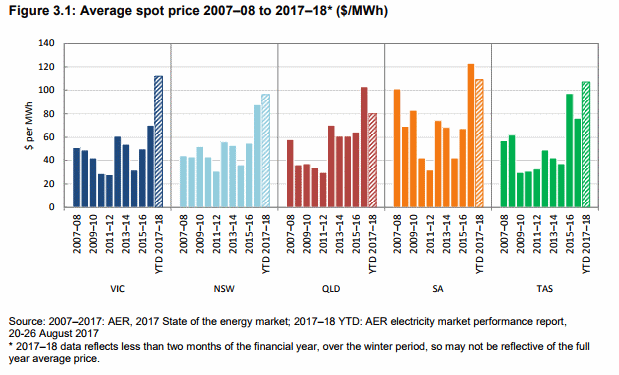 3. Queensland’s electricity retailers are similar in cost to other states.

They make up only 18% of the bill, with 74% being generation and polls and wires.

4. The government provides 71% of power in the state 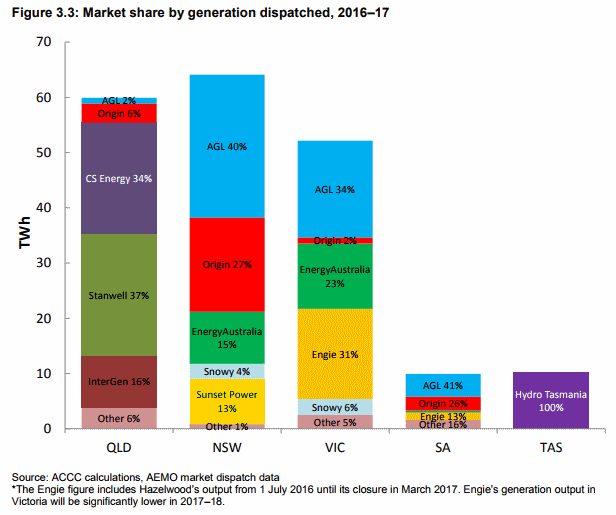 5. The largest increase in costs are in networks and generation, not retail charges. 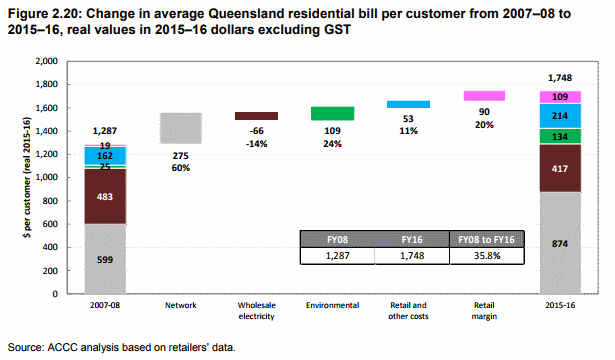