Australia’s economic commentators have suddenly discovered per capita GDP for measuring Australia’s economic performance. This is a good thing, and should have been adopted earlier, rather than just before this election. Per capita GDP is what matters, rather than GDP, because it doesn’t incorporate the rate of population growth. Size of a economy says nothing about the wealth of individuals, which is the paramount value worth studying.

The measure has been used to attack the credibility of the government’s economic performance, but since 1974 when the seasonally adjusted GDP figures began, both sides have experienced periods of negative growth per capita that weren’t necessarily captured by the gross GDP figures

What our analysis shows is that: 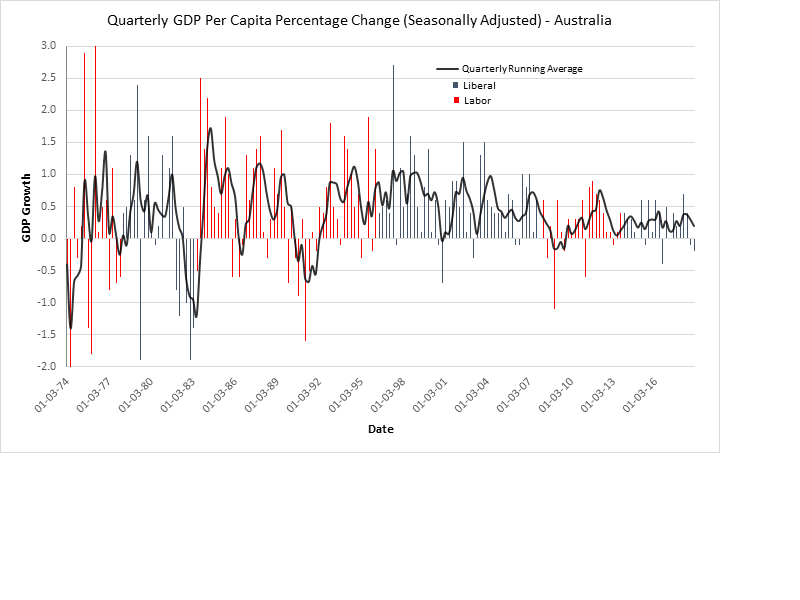 For a PDF version of this paper, click here.