The fall into administration of Claypave, established as Rylance Colliery and Brickworks in Ipswich in the 1880s, points to the huge problems of maintaining a manufacturing base in Australia with current government policies. Opposition policies will only make it worse, if they are elected.

It’s an issue that appears to be missing from this federal election, with the two major parties brawling over issues of pay and tax, but what is the use of either if you’re out of a job?

Brick making is a basic building industry, dating back at least 9000 years. After quarrying, it is probably the oldest industry in Australia with the first brick clay discovered one month and 2 days after Captain Phillip raised the Union Jack at Port Jackson.

The ingredients of bricks are universally available, so no country has a significant natural comparative advantage.

It is also capital intensive, so high wage countries like Australia can compensate with high productivity.

For example, the latest annual report of Brickworks Ltd, one of Claypave’s more significant competitors, shows they achieved revenue of around $550,000 per employee, and total shareholder returns of over 20% .

At least one of the forces to blame is the high price of energy in Australia, which is affecting the whole industry to the extent that a very solvent manufacturer such as Brickworks, is looking at moving its operations overseas because of this cost.

Bricks are fired, meaning that not only is electricity a component of the manufacturing process, but gas is required 24/7 to turn the clay into a durable building product.

In fact, gas figures twice because gas-fired power stations are the device of choice when it comes to firming-up intermittent renewable energy from wind and sun. The more renewables there are, the more gas will appear in the energy mix.

Australian gas is expensive, particularly compared to the USA, a country where some of our large building products companies have plants. 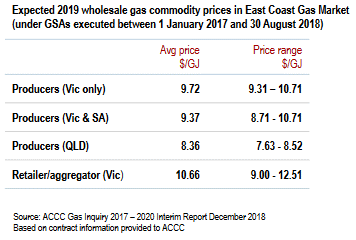 There are two reasons for the difference. One is that the US has a very active shale gas sector, producing masses of LNG.

10 years ago US gas prices were at levels similar to where ours are now. This led to a flood of capital and activity, a glut of supply, declining prices, industry rationalisation, and ultimately an industry with a very competitive price structure.

Producers have survived through scale, efficiency and technological innovation.

Australia also has an active sector, but the actions of Victoria and New South Wales in banning or limiting onshore gas exploration has put the lid on competition and supply. It is this, and not our massive exports, which is the primary driver of high gas prices.

The exports were developed on the basis the other gas would be available, and the wells supplying our exports would never have been developed without export markets.

The other factor is the long distance between wells and markets. Gas can be produced at a price of around $2.95 GJ at the moment, with new supply expected to average $5.45. But it costs more a few dollars per GJ to pipe it south. 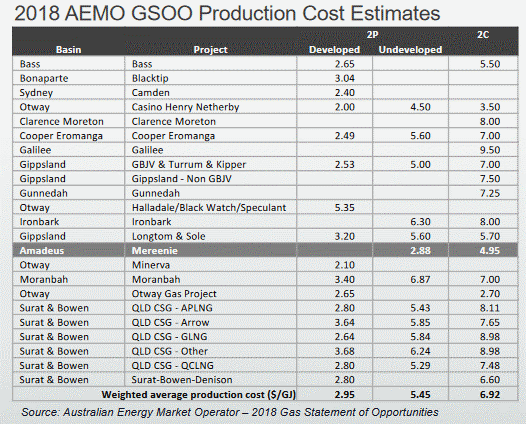 Which presents opportunities for Queensland – convince southern manufacturers to move their plant to the Sunshine State rather than the Lone Star State; and accelerate as much as possible the further development of our gas industry.

The Surat basin, one of our two major basins, is just the other side of Toowoomba, making south-east Queensland a spot where gas could be competitive, and attractive for manufacturing.

Another opportunity exists in North Queensland, where gas from Central Petroleum’s Mereenie project is now coming to market through the Northern Gas Pipeline, arriving in Queensland at Mt Isa.