According to our housing affordability index, house repayments across Australia were at their lowest level for 16 years in the second quarter of this year, according to the latest ABS figures, but the average first home buyer is waiting an additional 15.12 weeks to save a deposit. Which means it is probably a good time to buy a house, if you can wait long enough.

This effect is created by house prices increasing an average of $12,788 while interest rates decreased 43 basis points and average weekly earnings increased by $22.

Compared to the 90s, which has an average base of 100 in our index, the repayments index was at 110.28 in the second quarter 2019, just over 10% higher. The deposit index was 150.64, significantly higher at just over 50% above the 100 base of the 90s. But unlike repayments deposit stress has been severe for years. It exceeded 150 for the first time in the fourth quarter of 2006, and has stayed there, with some fluctuations up and down, ever since. 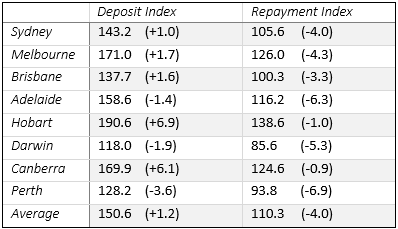 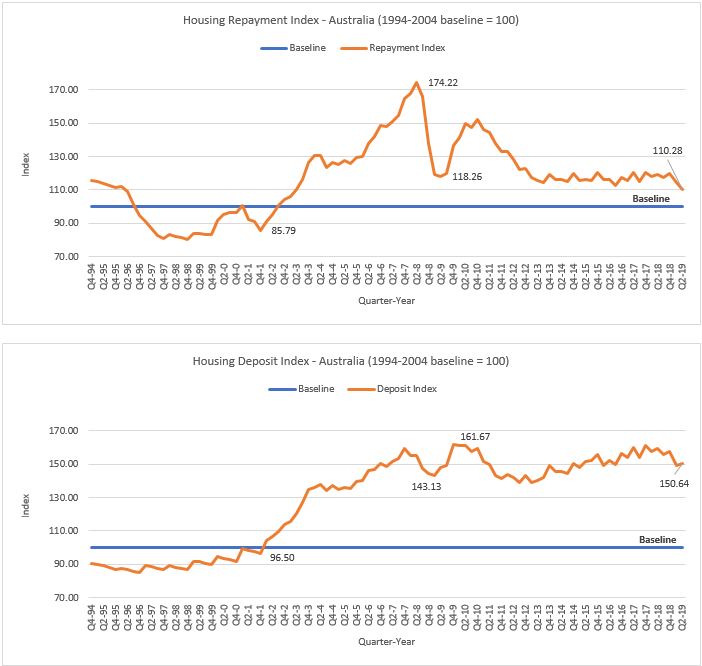