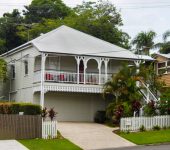 The Australian Institute for Progress’s home affordability index shows that housing became more affordable in the first quarter of this year everywhere, apart from Hobart.

Executive Director Graham Young said that on average homes are more affordable across Australia now than at any time in the last 17 years.

“Since 1994 when our index begins there have been only 8 years when houses have been more affordable, so it was more likely than not that if things had remained as normal there could have been a rebound in the market.

“The index takes in the whole of the March quarter, so it only partially reflects the period that will be effected by COVID.

“Even so it appears that COVID probably has impacted house prices as the increase in affordability is caused by a combination of falling interest rates (down from 4.15% to 3.91%), and falling house prices (median down $19,250) both of which are related to a decrease in economic activity.”

Mr Young said the index gives some guidance on where prices might fall to.

“The most affordable period was in 1998, seven years after the 1991 recession, at a time of relatively strong growth in GDP, demonstrating that housing prices are related to, but don’t necessarily mirror, economic growth.

Mr Young said this suggested there was some downside in current house prices.

“But you also have to take account of a wide range of other factors like population growth and whether housing stock is over- or under-supplied.

“Another factor in today’s market is the government’s homebuilder grant. In normal times you would say it would make housing less affordable, but at the moment it is unlikely to have a discernible effect on prices.

”That is not to say it won’t have an effect on prices, but that lack of population growth, forward momentum in growth in housing stock, and a slight increase in household size as renters tend to move home or share with others, won’t disguise this.”