Housing affordability continued to decline in the December quarter last year. This is mainly due to a strong increase in property prices in most cities, although it was only moderate in Australia’s largest market, Sydney. This raises the question as to whether price rises in Sydney have hit a ceiling.

Both Sydney and Melbourne have “surpassed” the unaffordability repayment peak of 2008, which was associated with the GFC. Other markets are still below that peak with Brisbane, Adelaide, Canberra and Hobart close to or approaching it, but Perth and Darwin at levels similar to those 28 years ago.

The recent increase in interest rates is not captured by our figures – the ABS, which we use, is more than 3 months behind the action, which is the price we have to pay for using the best quality figures.

Deposits are at record unaffordability in all capital city markets apart from Darwin and Perth.

The table and graphs below give you the figures. 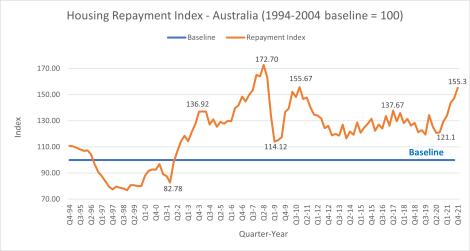 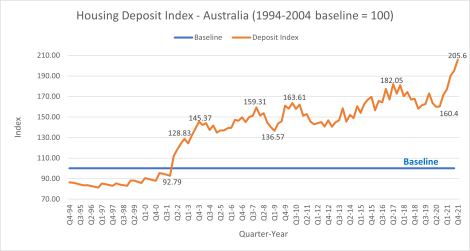 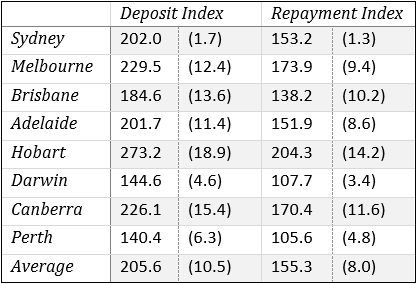