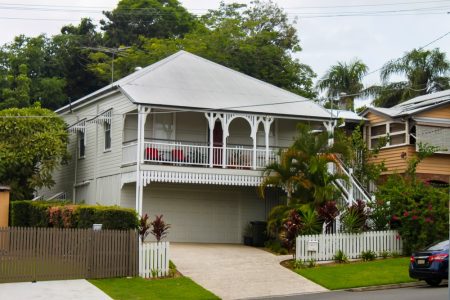 Detailed analysis of the ALP’s shared equity home buyer scheme shows that it is poorly designed, expensive and discriminatory and makes no difference to housing affordability, according to AIP Executive Director Graham Young, and the cost has already blown out.

“This scheme will be very expensive and all it will do is entice poorer Australians into the housing market just as interest rates are about to go up and prices down. What could possibly go wrong?

“The Parliamentary Budget Office costs it at $329 million, but that is only interest, and doesn’t include the $7.3 bn worth of borrowings, and is only for the first 4 years, but the costs of the scheme will go on for decades.

“The interest cost has also almost doubled since the costing. The PBO appears to have used 2%, the Commonwealth Bond rate a month ago. At current rates $329m becomes $516 million.

“And there’s more. The scheme will run until the Commonwealth is paid out by the owner, or by sale. Our model predicts a cost over the life of the project of $3.061 billion making the total cost $10.375 bn, but that’s only if the average recipient keeps their house for 10 years. The history of these sorts of welfare arrangements are that people hang onto the benefit as long as they can.”

Mr Young said this compares poorly to alternative schemes for getting people into housing.

“Then there is the social welfare aspect. The ALP boasts that a home purchaser in Sydney will receive an $18,000 pa benefit. That is because they do not need to pay any interest or rent on the Commonwealth’s share of their house – that’s a rich uncle for you.

“This is an outrageous benefit compared to the maximum $10,068 pa available for rental assistance; or the $17,966 pa for a single person with children on JobSearch. What is the justification for this profligacy when so many are in greater need and can’t afford a house?”

Mr Young said the scheme is regressive and discriminatory.

“Normally home buyer schemes provide a flat payment, but this one actually pays more to people who can afford to buy a more expensive property.

“This is effectively sucking resources out of the outlying states to prop-up sky-high property prices in Sydney and Melbourne.

“On top of this the government appears to be guaranteeing the loan. The ALP policy says that the borrower will not need mortgage insurance – that can only be the case if the mortgagee can access the Commonwealth’s equity to cover loss.”

Mr Young said the scheme is unlikely to make any difference to housing affordability across the community, just shuffle the deck.

“This scheme will be available at the most to 8% of purchasers, and will merely shuffle the deck. The guy standing at the auction earning $90,000 or less will have up to $18,000 a year more servicing capacity than the girl next to him earning $100,000, so she’s blown out of the water and goes to his place in the queue.”

Mr Young said that this scheme appeared to be a very expensive publicity stunt to signal to young Australians Labor cares about housing affordability.

“If Labor really cared there’s much better ways to show it.”