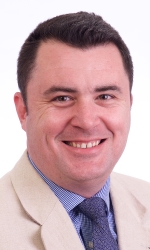 Dan Ryan is a commercial and technology lawyer with over 15 years’ high-level advisory and transactional experience in Asia. He speaks and reads Mandarin Chinese.

Dan began his career working for leading international law firms (Baker & McKenzie, Freshfields) in their corporate, intellectual property and technology groups in Asia before moving to senior in-house roles. He has served on the boards of both publicly-listed multinationals as well as fast-moving technology start-ups.

Dan is actively involved in public policy matters in Asia particularly those impacting Australia, Hong Kong and China and has written for leading publications including The Wall Street Journal, The Australian, The South China Morning Post and The Australian Financial Review.

Dan sits on the board of Hong Kong’s leading free market think tank, The Lion Rock Institute, for 10 years. He has close connections to similar think tanks as well as policy makers and government officials across the region.