Mining and the Transformation of Australia tells a story that must be told and celebrated. This book puts the lie to the claim that mining is a sunset industry that is holding Australia back and celebrates it in all its complexity and success. Initially the bedrock on which Australia was built, mining went into a cultural decline until the 60s when it resurged. David Lee is a renowned historian of modern Australia, and his book will be launched by Hon Ian Macfarlane, former Federal Resources Minister, and now CEO of the Queensland Resources Council. Click here to book. 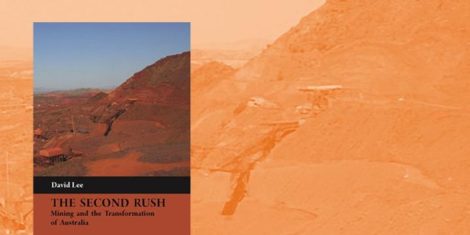 The Second Rush began unexpectedly from the 1960s with the development of new export industries, the most prominent being coal, iron ore and bauxite. The mining boom turned Australia’s chronic balance of payments around; substantially influenced Australia’s turn to Asia; and underpinned the era of optimism and nationalism of the late 1960s and 1970s. The Second Rush continued through the “resources boom” of the late 1970s and 1980s. At the turn of the new century, few saw any great future for mining after the harder times of the 1980s and 1990s, but then Australia embarked on its greatest boom – the China resources boom from 2002 to 2012.

Cost is $10 for AIP members and $20 for non-members and includes the first drink free. To book, click here.