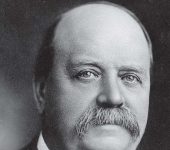 Luke Walker has written an insightful short book about George Reid, fourth Prime Minister of Australia who as NSW Premier was one of the Fathers of Federation. An ardent free-trader, he was initially on the losing side of the argument with the protectionists, only to be vindicated by posterity.

As Australia’s first High Commissioner to London, Reid made sure that Australia’s contribution to World War One was well and truly recognised by those in the British establishment. Although Scottish born, Reid was a proud Australian. He set an early example for us all.

Luke Walker graduated with honours in law and arts, and his thesis on Reid forms the basis for this book.

Piss and Wind will be launched by Dr Christian Rowan. Dr Rowan is the Shadow Minister for Education, a portfolio which Reid held as minister in NSW between 1883 and 1884 when it was called “Public Instruction”.

These graphs should make you think again about vaccine mandates.

Alright who’s going to make a High Court challenge for McGowan’s latest border nonsense? (No, not you Clive.) Must be getting close to unconstitutional ... now.

With Russia threatening war in the Ukraine this article is worth rereading https://onlineopinion.com.au/view.asp?article=21407

Peter Ridd is a physicist and expert on the Great Barrier Reef who was sacked by James Cook University for questioning the professionalism of some of the work produced by other academics at the university. Reef Heresy explores some of those issues, laying out the scientific facts.