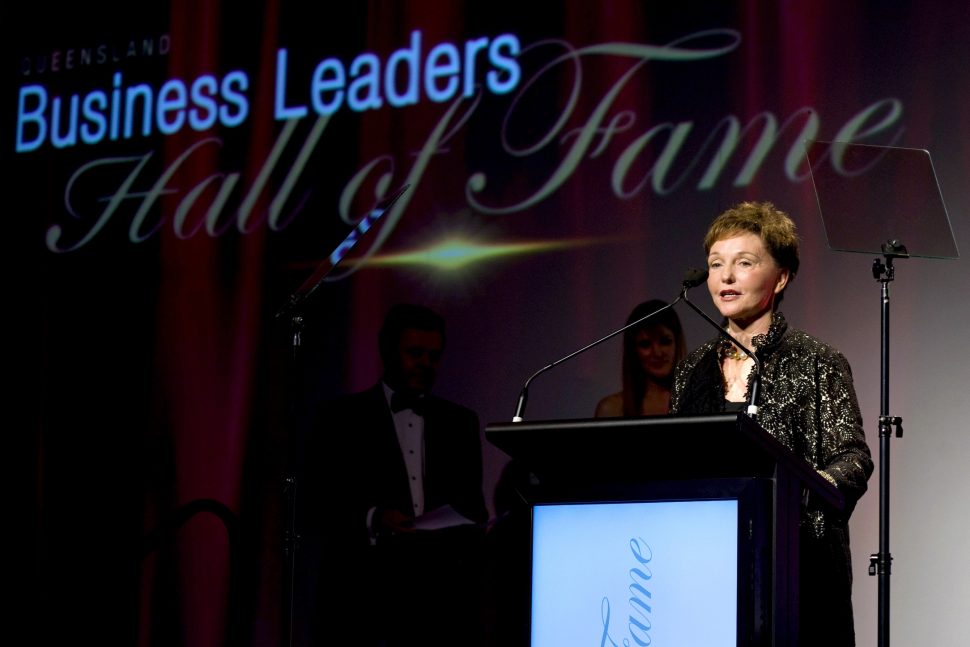 Rhonda White AO is the co-founder, along with husband Terry of Terry White Chemists. She is also an Adjunct Professor and Honorary Doctor of Pharmacy at QUT and an Honorary Professor at Griffith University.

She has outperformed as a mother, an entrepreneur, a manager and a citizen. Along with husband Terry she has made a huge contribution to Australia through business and involvement in politics and community.

A graduate from QUT, she started her first pharmacy in 1964 and over a period of 10 years along with husband Terry started 5 businesses and had 5 children. Then she swapped careers, qualifying as a psychologist in 1979 and leaving pharmacy for 15 years.

Terry White Chemists brought franchising to pharmacy, transforming it from a cottage industry into sophisticated retail outlets with strong merchandising and highly visible professionals. Rhonda wrote all the systems, disciplines and protocols that have remained with the Terry White group since.

Since the 50s, and a merger with ChemMart, Terry White Chemists has grown into a group with 500+ outlets, 10,000 staff and $2 billion turnover.

Rhonda was also heavily involved in her local community of Redcliffe, being one of those instrumental in the founding of a new Catholic school, Our Lady of Lourdes at Woody Point, where husband Terry also served as the founding president of the Parents and Friends.

Each year, the McIlwraith lecture honours someone who is making a practical and entrepreneurial contribution to Queensland by asking them to share their experiences and philosophy. It is named after Sir Thomas McIlwraith, an entrepreneurial colonial premier of Queensland and one of the fathers of Federation.